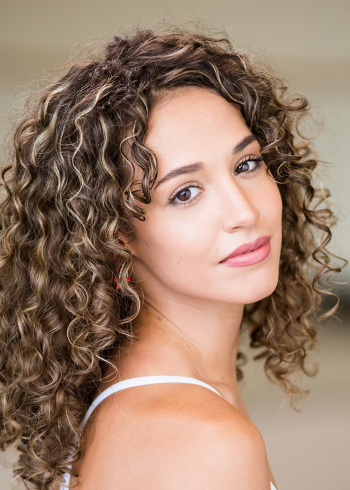 Leah Rose McFadden grew up in the small town of Dowagiac, MI. She first started ballet at the age of 11 at Southold Dance Theatre in South Bend, IN under the direction of CBA Director, Erica Fischbach. Throughout Leah’s six years of training at Southold, she received several awards at YAGP including first place contemporary solo and first place Pas De Deux. As a student, Leah was given scholarships to summer intensive programs such as the Gelsey Kirkland Academy, Grand Rapids ballet, Colorado Ballet, and Miami city Ballet. In 2015, Leah joined Miami City Ballet’s year round pre-professional program where she was featured in several principal roles including Sleeping Beauty Wedding pas de deux and Gamzatti Act 1 pas de deux from La Bayadere. Leah was also chosen to dance with Miami City Ballet and toured with the company throughout the year. In 2016, Leah moved to Denver after being hired to dance with Colorado Ballet's Studio Company. She was promoted to the main company in 2018 and quickly moved up the ranks joining the corps de ballet in 2019, and in 2021, was promoted so soloist. Leah has been featured as a teacher for CBA's Company Artist and Repertoire Workshops and has guest taught at several regional schools. Leah is looking forward to sharing her passion and knowledge for dance with the students of CBA.