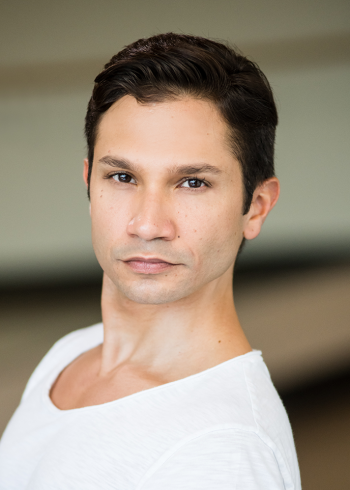 Yosvani Ramos was born in Camagüey, Cuba and trained at the National Ballet School. In 1998, he went on to dance with Jeune Ballet de France and Ballet de l'Opéra National de Paris. He joined English National Ballet as a Soloist in 1999 and was promoted to Senior Soloist in 2000, then Principal dancer in 2003 after his performance as Franz in Coppélia. He danced with ENB until 2008, when he joined The Australian Ballet as a Principal Artist, where he remained until April 2013. He spent several months guesting then joined the Cincinnati Ballet as Principal Dancer in 2014. Yosvani joined Colorado Ballet in 2015 as a Principal Dancer.

More about Yosvani:
He danced at the XVIII International Ballet Festival in Miami in September 2013. He also spent several months guesting with companies in Europe and the USA and has guested all over the world.