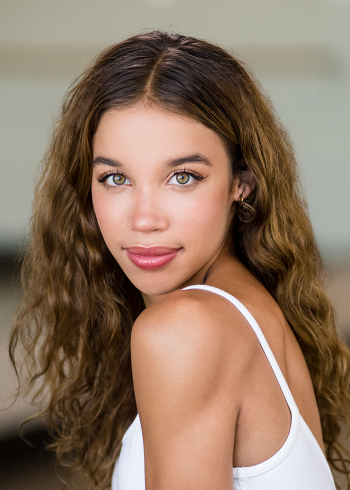 Originally from Allen, TX, Ariel McCarty began dancing/ballet at the age of three. At the age of nine, she began training in Dallas at Texas Ballet Theatre under the direction of Jan Miller and Lyndette Galen. Ariel relocated to Denver to begin training with Colorado Ballet Academy’s Pre-Professional program under Valerie Madonia and Erica Fischbach.

While in the Academy, she had the opportunity to perform in numerous pieces and excerpts including as Swanilda in the Academy’s full production of Coppelia. As a part of her training, Ariel attended many summer intensives including TBTS, ABT, Boston Ballet, Ballet West, Colorado Ballet, School of OBT and DanceTheatre of Harlem, where her well-rounded training continued. In 2017, she was promoted to Colorado Ballet’s Studio Company and then to Apprentice in 2018. Ariel was promoted to the Corps de Ballet in 2020.