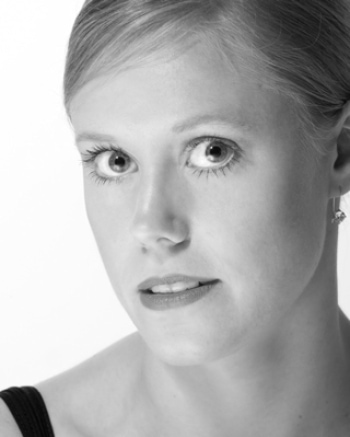 Ashley Paige Romines began her dance training at age ten in Sevierville, Tennessee, and continued on to pre-professional ballet training at Central Pennsylvania Youth Ballet. She then studied on scholarship at the University of Oklahoma and graduated summa cum laude with a B.F.A. in Ballet Pedagogy. Ashley Paige’s performance experience includes Oklahoma Festival Ballet and Northern Ballet Theatre in New Hampshire where she danced professionally for three seasons. During her training and professional career, Ashley Paige had the honor to learn from such inspiring teachers as Marcia Dale Weary, Darla Hoover, Mary Margaret Holt, Donn Edwards, Dennis Marshall, Marjorie Grundvig, Melinda Howe, Leslie Hench, Laurie Jones, Denise Vale, Jeremy Lindberg, Karyn Edison, and many others, all who helped shape the type of teacher she strives to be.

Additionally, Ashley Paige received her Pilates mat certification through Power Pilates and has used Pilates as a powerful cross-training tool for both herself and her students. During and after her performance career, Ashley Paige focused more on her teaching, choreography and ballet administration career. Throughout the Northeast, she taught all levels of classical ballet, creative movement, and Pilates at several pre-professional schools, choreographed several original works and acted as administrative and rehearsal assistant at Dancing Arts Center in Holliston, Massachusetts. Ashley Paige then joined Springfield Ballet in Springfield, Missouri, as the Artistic & School Director, where she was integral to transforming the organization into a reputable preprofessional school in the region during her twelve-year tenure.

While there, she choreographed and staged an annual production of The Nutcracker as well as several original full-length and one-act classical and contemporary ballets. She attended Central Pennsylvania Youth Ballet’s Teacher’s Workshop several times, which was instrumental in developing the curriculum at Springfield Ballet, from the tots to the pre-professional dancers. Ashley Paige recently relocated to Denver with her husband. She is delighted to join Colorado Ballet Academy and have the opportunity to share her passion for the performance art.