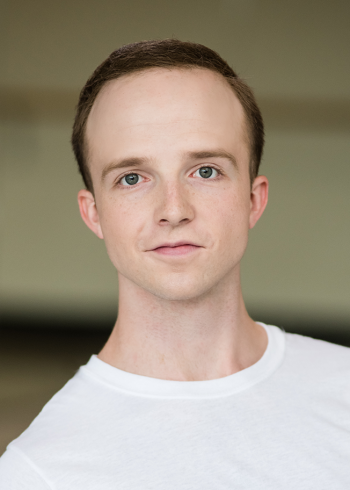 Now entering his tenth season with Colorado Ballet. Demi-soloist, Bryce Lee, has had the opportunity to perform in a variety of roles with the company. His favorite roles are those that not only use his dancing skills but those that give him the opportunity to explore his dramatic and comedic skills. Beginning with a musical theater dance class in Oxnard, California at the age of 12. Bryce became interested in dance and began studying ballet with Dmitri and Jennifer Kulev at Dmitri Kulev Classical Ballet Academy in Laguna Hills, California at the age of 13. Within a year of beginning his training under the Kulev’s he had already begun to receive accolades as a student by winning scholarships and placement from some of the most prestigious programs in the nation including ABT, Boston Ballet, Colorado Ballet, Miami City Ballet, and a coveted invitation to winter term at School of American Ballet. At SAB, he had the opportunity to learn from New York City Ballet luminaries such as Jock Soto, Andrei Kramarevsky, Peter Frame, and Darci Kistler. Bryce received numerous awards at dance competitions around the world such as Los Angeles Music Center Spotlight, KAR, as well as invitations to YAGP New York Finals and won YAGP Europe for Pas de Deux.

While at Colorado, Bryce has performed soloist and lead roles for the world’s leading contemporary choreographers like Kylian and Tharp and beloved classical ballets such as The Nutcracker, and Giselle, but it is in roles like the The Scarecrow in The Wizard of Oz or Renfield in Michael Pink’s Dracula where Bryce really shows off his acting roots.

When not performing or exploring Colorado’s scenery and great dining scene, Bryce teaches dance locally and serves as the Artistic Director for Male Dancer Academy, a dance training program that harnesses the power of technology to unite young male dancers from across the globe through the power of dance. Additionally, Bryce is attending school pursuing a dual major of elementary education and business.

Promotions:
Promoted from Studio Company to Company in 2015

More about Bryce:
He has guested for numerous ballet schools across the US, including performances in Vancouver.