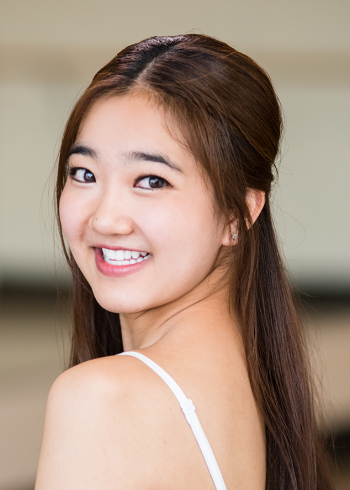 Catherine Aoki is from Los Angeles, California and began dancing ballet at age six. She started at a local ballet school in Ogden, Utah and went on to dance in the Professional Training Division at Ballet West. She also spent her summers training at notable schools such as the Royal Ballet School, San Francisco Ballet, Royal Danish Ballet and Atlanta Ballet. She participated in both the American Ballet Competition and the Youth American Grand Prix, winning numerous awards and scholarships.

Catherine moved to Denver to begin training with Colorado Ballet Academy’s Pre-Professional Program under Erica Fischbach. She was then selected to join the Colorado Ballet Studio Company in 2018 and was promoted to Apprentice in the company for the 2020 season. Since joining Colorado Ballet, she had the opportunity to perform in a variety of works including George Balanchine’s Serenade, Fernand Nault’s Carmina Burana and Michael Pink’s Peter Pan.