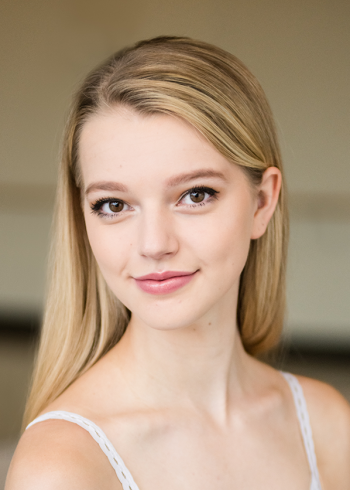 Catherine McGregor was born and raised in Jacksonville, Florida. She began her training at the age of five and trained in Jacksonville until the age of sixteen. During her training, Catherine spent many of her summers at notable schools, such as Houston Ballet, Orlando Ballet, American Ballet Theatre and The HARID Conservatory. In 2016 she was offered a scholarship to attend the HARID Conservatory year-round in Boca Raton, Florida. After graduating from the HARID Conservatory in 2018, she was offered a Studio Company position with the Colorado Ballet and was promoted to Apprentice for the 2020/2021 season. Since joining Colorado Ballet, Catherine has had the opportunity to perform in a variety of works including, George Balanchine’s Serenade in the Vail Dance Festival, Michael Pink’s Peter Pan and Fernand Nault’s Carmina Burana.