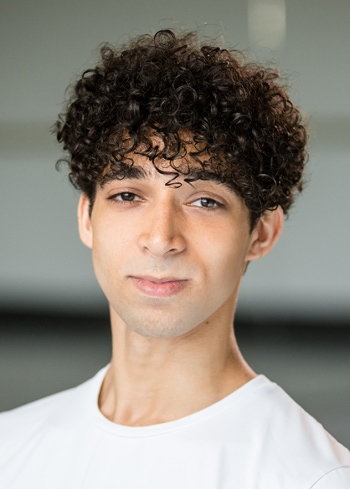 Cato Berry is originally from Seattle, Washington where he began his training at Pacific Northwest Ballet School. He trained with full merit scholarships to some of the top schools in the US and Europe, including Royal Ballet, IBStage of Barcelona, Kirov Ballet and The Rock School. Cato trained through his high school years with TanZ Academie in Zurich, Switzerland and upon graduation he attended the Nationale Ballet Academie Pre-Professional Program in The Netherlands. He joined Pennsylvania Ballet’s second company In 2016. He then joined the main company as the youngest male dancer in 2017. Cato is thrilled to be joining the Colorado Ballet company for the 2022 season.

Awards:
Cato was awarded 1st place at the Philadelphia Regionals a finalist in NYC in 2013 & 2016

Promotions:
Promoted from Pennsylvania Ballet Second Company to Apprentice in 2017 then in 2019 to Corps de Ballet

More about Cato:
When Cato isn't in the studios or on stage he has numerous passions including flying airplanes, photography, building and restoring electronics and computers, and being outdoors. In addition to these hobbies, his mother who is a professional ballet costume designer has taught Cato to use sewing and serging machines!