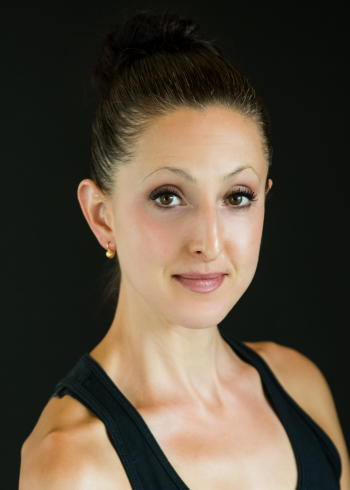 Miss Erika Sandre, originally from Ontario, Canada, began her dance training at the Dance Studio of Académie Ste. Cécile and was also accepted into the Performing Arts Program at Walkerville Collegiate Institute as a High School student. Miss Sandre was accepted into the Full-Time Professional Training Program at the Quinte Ballet School, but decided to pursue teaching after discovering an affinity for it while coaching her peers. In 2003, Miss Sandre attended the Teacher Training Program at the National Ballet School of Canada. While at the National Ballet School, Erika’s training included syllabus and non-syllabus classes, pedagogy in both RAD and Cecchetti Methods of ballet as well as NBS curriculum, National and Character Dance, functional anatomy, music as well as dance and art history. While studying in Toronto, Erika fell in love with Flamenco. She had the privilege to study with notable Flamenco artists including Valerie Scanurra of Ritmo Flamenco and Susan Walker. Miss Sandre graduated from the Teacher Training Program in 2006 with her Cecchetti Associate teaching certification with the Cecchetti Society of Canada, her National Dance teaching certification with the I.S.T.D. of London, as well as her NBS Diploma. Since her graduation, Miss Sandre has achieved a higher standing with the Cecchetti Society of Canada, having received her Associate Diploma teaching certification.

Miss Sandre has been fortunate to teach at a number of studios in Toronto, including the National Ballet School of Canada, as well as in Victoria, British Columbia, where she was able to further her Flamenco studies under the direction of Veronica McGuire of Alma de España. Following her time in Victoria, Miss Sandre relocated to Anchorage, Alaska to be closer to her husband. While in Anchorage, Miss Sandre taught at various studios including Alaska Dance Theatre, where she served as School Director, as well as the University of Alaska Anchorage as adjunct faculty in the department of Theatre and Dance. Also, in an attempt to bring Flamenco to the dance and cultural community in Anchorage, Erika taught beginning Flamenco.

Erika has since relocated with her family to Denver, Colorado. She has been fortunate to continue to study Flamenco locally with Maria Vazquez of Flamenco Denver as a company member, and has also been fortunate to work with numerous guest artists by way of workshops in the US as well as intensives abroad. These artists include Laura Onizuka, Paloma Gómez, Manuel Gutierrez, Antonio Granjero, Estefania Ramirez, Beatriz Rivero, Luisa Palicio, and Milagros Menjíbar, among others.

Erika has also recently become a published author, having written, illustrated and self-published a children’s book. Her book, entitled “The Greatest, Most Powerful, Feel-Good Cure-All!”, being sold via all Amazon Marketplaces, is being utilized in fundraising efforts to help performing arts organizations who have been negatively impacted by closures related to the COVID-19 pandemic.

Erika is excited to be a part of Colorado Ballet Academy and the dance and arts community here in Colorado.