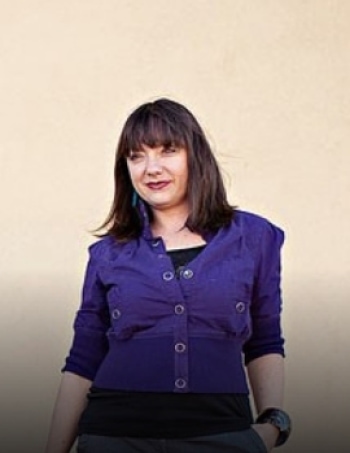 Janina Falik grew up in Queens, NY where she began dancing at the Robert Mann Dance Center at the age of three. She was selected at 10 years old to study in the adult program at Hines and Hatchett, now The Broadway Dance Center, under Maurice Hines and Mercedes Ellington. She further honed her tap skills under Danny Daniels, choreographer of Broadway’s The Tap Dance Kid. From age 10 to 18, Janina spent her evenings, days off, and summers dancing at The Broadway Dance Center under such faculty as Germaine Salsberg, Judy Bassing, Frank Hatchett, Donald Farnsworth, Trudi Gasparinetti, and Finis Jhung. Saturdays, she spent her time at The Lee Strasberg Theatre Institute, the former Actor’s Studio.

She also studied and performed in Great Barrington, MA. Janina later appeared on ABC’s Loving and test pilots for Nickelodeon. She went on to study theatre at Boston University. Ms. Falik co-choreographed and performed in Bourbon Street Straight Up with the Denver Brass and Hot Tomatoes Dance Orchestra at the Newman Center for the Performing Arts. After moving to Denver, she received a B.S. in Business Administration from the University of Colorado, and is currently the Director of Accounting for Colorado Ballet.