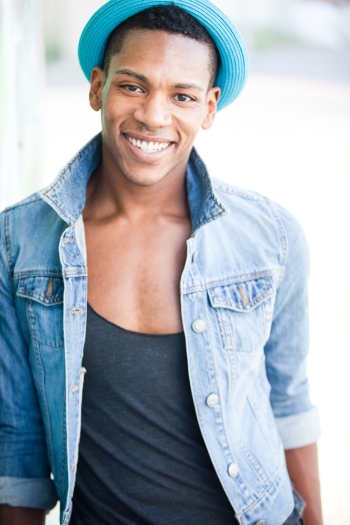 Jarrett continues to distinguish himself in the dance world as a choreographer for Cirque Du Soleil’s charity production ‘Amanzi’ under the direction of Hassan El Hajjami. A student of the legendary Joel Hall of Joel Hall dancers, Jarrett danced with the youth, second, and main company by the age of 16.

He is the youngest company member in the 55+ history of Giordano Jazz Dance Chicago and the creator of the Performing Associate position under Nan Giordano. Jarrett is a founding member of the WNBA’s Wild Card Crew for the Las Vegas “Aces”; a featured dancer in Sun Pictures’s Bollywood blockbuster “Sakar” starring Thalapathy Vijay (Netflix), and featured in ongoing campaigns for Denny’s and the Grand Canyon West. Jarrett also played the lead male dancer, Sir. Wilfred, in the Fever Entertainment and NETFLIX collaboration, The Bridgerton Experience.

Jarrett is a former modern dance Artist In Residence for UNLV and has been on the faculty at several nationally acclaimed studios, conservatories, and performing arts centers. Jarrett has created and led outreach programming for over 15 years and continues to inspire as a teaching artist with Denver Schol of the Arts, Colorado Ballet, Boulder Ballet, and Collaboratory Complex. Jarrett serves as Artistic Director of his 501c3 entitled Jarrett Rashad Dance Theater, serving the communities of Colorado and beyond.