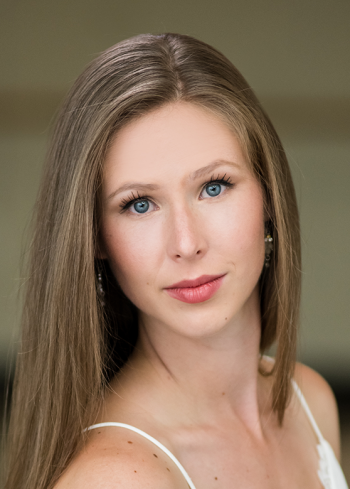 Jennifer Grace was born in Bozeman, Montana. She trained at The Dance Center in Bozeman, The Bolshoi Ballet Academy in Moscow, Russia and Dmitri Kulev Classical Ballet Academy in Southern California. Jennifer was hired by Tulsa Ballet’s Second Company in 2013 and was promoted to Corps de Ballet in November of that same year. By 2017 she was a Soloist with the company and had performed many Principal and Soloist roles. She has had the opportunity to perform works by choreographers such as Christopher Wheeldon, Derek Deane, Ben Stevenson, William Forsythe, Nacho Duato, Wayne McGregor and Alejandro Cerrudo. Jennifer was Pointe Magazine's August/September 2018 Cover Star.