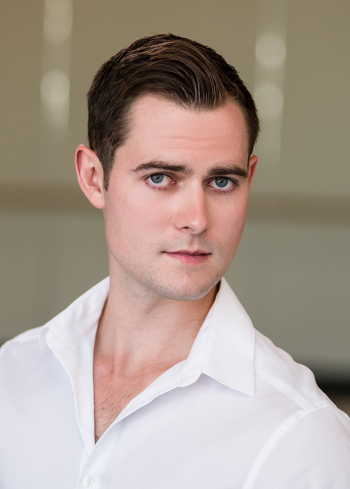 Jeremy began his training at the age of nine at the Colorado Conservatory of Dance in Broomfield. He joined Colorado Ballet’s Studio Company in 2012 for one season where he performed in ballets by Marius Petipa, George Balanchine, and Glen Tetley. He then went on to join Orlando Ballet II in 2013 and was promoted to their main Company in 2015. He rejoined Colorado Ballet as a Corps de Ballet member in 2017 and has enjoyed dancing notable roles for the company in productions like Dracula, The Nutcracker and Romeo and Juliet.

Selected roles and ballets:
Male Lead in The Seasons
George Balanchine’s Theme and Variations
Glen Tetley’s The Rite of Spring The Sleeping Beauty
Franz in Coppelia
Gaston in Arcadian Broad's Beauty and the Beast
Peter in Peter and the Wolf
Quincey in Dracula
Nutcracker Prince in Colorado Ballet's The Nutcracker
Benvolio in Romeo and Juliet

More about Jeremy:
Jeremy has also had the opportunity to perform The Seasons male lead in the Internationale Haydntage at the Esterhazy Palace in Eisenstadt, Austria with Oklahoma Festival Ballet.