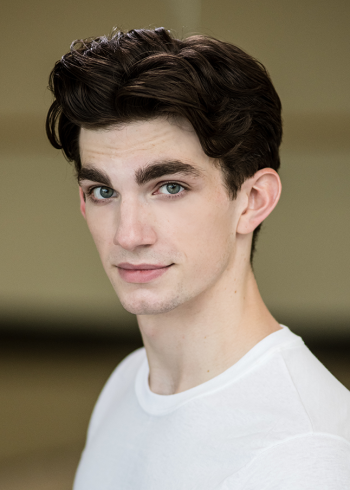 Liam Hogan grew up in Houston, Texas where he began his ballet training at the Houston Ballet Academy under the guidance of Claudio Muñoz and Andrew Murphy. Liam completed his training at the Harid Conservatory in Boca Raton, Florida under the guidance of Meelis Pakri and Svetlana Osiyeva. Following graduation with accolades in modern dance,Liam spent a year with the Washington Ballet Studio Company under the direction of Julie Kent. While dancing with the Washington Ballet, Liam was coached by Victor Barbee and Julie Kent.

He also had the opportunity to work closely with choreographer Marco Pelle who set the Pas de Duex Libera! on him performing in multiple venues, including the Kennedy Center for Performing Arts and the Italian Embassy in Washington DC. Liam was also honored to have Marcelo Gomez choreograph on him for the world premiere of his ballet Outset. Notable works include “Molly Pas de Deux” in John Neumeier’s Yondering, Libera! by Marco Pelle, Outset by Marcelo Gomes, and Minor Threat by Mark Godden. Liam joined Colorado Ballet’s Studio Company in 2018, was promoted to Apprentice in the Company in 2019 and promoted to Corps de Ballet in 2020.