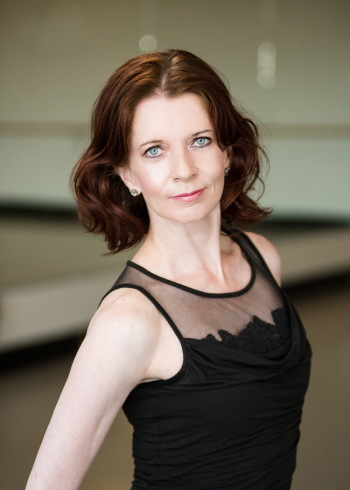 Maria Mosina was born in Moscow and graduated from the Bolshoi Ballet Academy in Russia. Upon graduation, Maria joined the Bolshoi Ballet Grigorovich Company and immediately was chosen for principal roles.  She toured the world appearing on all major European, American, African and Asian stages. In 1995, Maria was invited by Colorado Ballet to join as a leading principal dancer.  She performed all major parts in classical productions and also had the chance to show her talent in neoclassical, modern and contemporary choreographed master pieces.  Maria was a featured dancer on the cover of Dance Magazine and has been featured in other magazine articles.  She holds a bachelor's degree in methodology and pedagogy from the Moscow State Academy of Choreography.  She is also an active ballet instructor throughout the United States.  She participated as a master teacher and judge for the Youth American Grand Prix.  Maria performed leading roles in all major productions as a member of the Company, as well as a guest artist with many other festivals, galas, and companies.  After 21 seasons as a principal dancer with Colorado Ballet, she retired at the end of the 2016/2017 season.  She has now joined the artistic staff of the company.