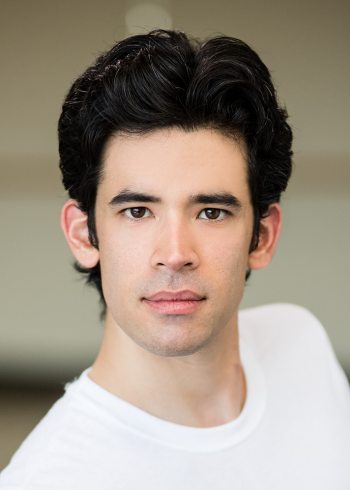 Mario Vitale Labrador was born in Antioch, CA. At the age of 10, he began his ballet studies under the tutelage of Ronn Guidi. At the age of 19, Mario decided to attend the Bolshoi Ballet Academy in Moscow, Russia. During his time at the Academy, Mario performed as the lead in many school productions, including their production of La Fille Mal Gardee, Paquita, Harlequinade and Classical Symphony. In 2012, Mario graduated top of his class and received an invitation to join the Mikhailovsky Theatre in St Petersburg, Russia, where he eventually became a Soloist. While there, he had the opportunity to work with world famous choreographers Nacho Duato and Lar Lubovitch. He also danced a number of lead roles in classical ballets such as Swan Lake, Chippolino, and Giselle. Other notable ballets in his repertoire are The Nutcracker, La Fille Mal Gardee, Don Quixote, Flames of Paris, Class Concert, Romeo and Juliet and The Bronze Horseman. In 2016, Mario left the Mikhailovsky Theatre, where he took a two year break from ballet. In 2018, Mario joined Central West Ballet as a Principal, where he danced the leads in all the ballets. His favorite role to dance while at Central West Ballet was Dracula in Rene Daveluy’s World Premiere production of Dracula. This is his first season with Colorado Ballet.

More about Mario:
His favorite roles to dance are Albrecht in Giselle and Dracula from Rene Daveluy's Dracula. His next dream role is the Lead Cavalier from Diamonds in George Balanchine's Jewels.