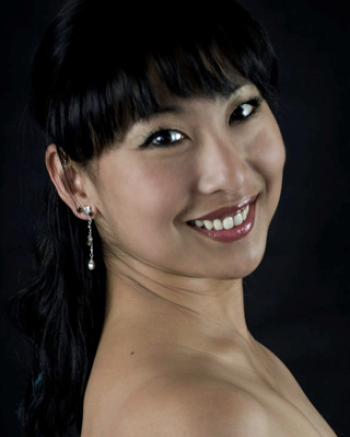 Mayo became a faculty member of Colorado Ballet Academy in 2019. She is excited to return to our school, where she started her ballet journey in 1992, and teach the next generation ballet dancers. She returns to us after an impressive career 20+ year career including performing at SF Ballet, ABT Studio Company, and working as Principal Dancer and Ballet Mistress at Diablo Ballet for 12 years.

From 1992-1997 Mayo received a full scholarship from Colorado Ballet Academy to pursue Vaganova training and in 1997 won the scholarship prize in the 25th Prix de Lausanne in Switzerland while representing CBA. She was awarded a full scholarship to study with the San Francisco Ballet School in 1997 and was selected to be the SFB documentary “Encore For Ruby : The Story of an American Ballerina”.

In 1998 Mayo was invited by Cynthia Harvey to join American Ballet Theatre Studio Company where she spent 2 seasons with the company and dancing various leading roles.

She danced for San Francisco Ballet from 2000-2004. During her time at SF Ballet she danced many principal roles in their Balanchine Ballets, and new works by; Helgi Tomasson, Christopher Wheeldon, Val Caniparoli, Yuri Possokov, Alexei Ratmansky. In 2003 she was chosen by Natalia Makarova to dance the 3rd principal variation in Paquita, both at SF Opera House and NY City Center. She received high praise from the NY Times for her performance.

Mayo was a Principal Dancer at Diablo Ballet from 2006-2016 and was promoted to Ballet Mistress in 2011, a role she filled until returning to CBA in 2019.