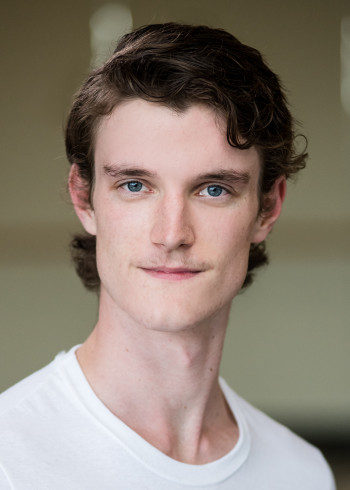 Patrick Mihm was born in Dubuque, Iowa and began his training at the Dubuque City Youth Ballet at the age of 11 where he studied for three years. At the age of 14, he moved to southern Florida to begin his training at the HARID Conservatory. After staying at the school for two years, he decided to move to New York City to finish his training at Ellison Ballet. During his time in school he performed many roles from classical repertoire including Albrecht from Giselle, James in La Sylphide, Cavalier in The Nutrcracker, as well as Basilio in Don Quixote. Upon graduation in 2020, he began his career with Colorado Ballet in the Studio Company. After one year in Studio Company, Patrick was promoted to Apprentice.

Promotions:
Studio Company to Apprentice in 2021
Apprentice to Corps de Ballet in 2023

Selected roles and ballets:
Albrecht from Giselle
James in La Sylphide
Cavalier in The Nutcracker
Basilio in Don Quixote

More about Patrick:
His favorite past time is painting or drawing.