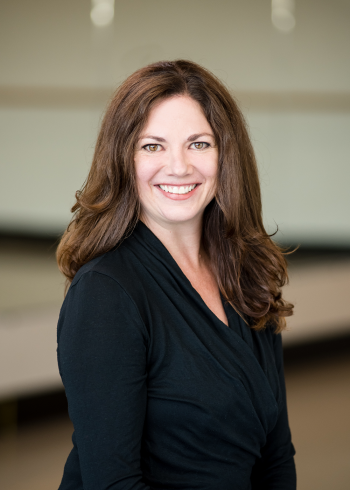 Sandra Brown joined the corps de ballet of American Ballet Theatre in 1987 under the directorship of Mikhail Baryshnikov and was promoted to soloist in 1992 where she remained until 2003. During that time, she danced not only numerous classical full length principal roles, but gained recognition for her leading contemporary roles as well. Most notably, she created and danced the world premiere role of Desdemona in Lar Lubovitch’s full-length Othello in 1997 and appears in ABT’s film productions of Romeo and Juliet, Le Corsaire, and the documentary Ballet. In 2000, Brown was featured in the movie Center Stage and appears in the film The Company. Brown also holds the honor of appearing on Broadway as the original Louise Bigelow in the Tony Award-winning 1994 revival of Carousel, directed by Nicholas Hytner and choreographed by Sir Kenneth MacMillan at the Lincoln Center Theater.

In 2003, Brown left ABT to pursue work as a freelance artist with Complexions Contemporary Ballet, Stiefel and Stars, Vladimir Malakhov, Peter Boal and Company, Chamber Dance Project, Dancers Patrelle, Ballet Hawaii and Madison Ballet. During this time, she also was asked to perform as a guest artist at the Vail International Festival, became certified to teach Pilates, taught for the ABT Summer Intensive, and choreographed the ballet Synchronicity. In 2006, she joined her husband, Gil Boggs, to work with Colorado Ballet. Since then, she has assisted staging the full-length productions of Giselle, Don Quixote, and Christopher Wheeldon’s A Midsummer Night’s Dream. Brown has also assisted with choreographing and staging of The Nutcracker, Coppélia, The Sleeping Beauty, and Swan Lake. In addition, she assisted staging Lar Lubovitch's Smile with My Heart, Dwight Rhoden's Ave Maria, Twyla Tharp’s In The Upper Room, Clark Tippet's Bruch Violin Concerto No. 1, and Edwaard Liang's Feast of the Gods. Brown restaged her ballet, Synchronicity, for Colorado Ballet’s Studio Company.  In 2007, she was asked to stage Smile with My Heart for the Joffrey Ballet.  In 2013, she staged Lynne Taylor-Corbett’s Great Galloping Gottschalk at the University of South Carolina and in 2014 at NBA of Japan.  In 1989 and 1990, she was chosen by Mikhail Baryshnikov to choreograph for the American Ballet Theatre Choreographic Workshop.  During her tenure, she has choreographed for the Bal de Ballet, an event hosted by the Denver Ballet Guild.  Her creations are From Within, Crimson Surges, Unforgettable, Grand Pas Fantastique, Heart Strings, One by One, Set Fire to the Rain, The Secret Garden, Young and Beautiful, The Charleston, Scheherazade, and Pirates of the Caribbean. In 2014, she gained critical acclaim for the ballet The Last Beat, which she created on the dancers of Colorado Ballet to the music of DeVotchKa.