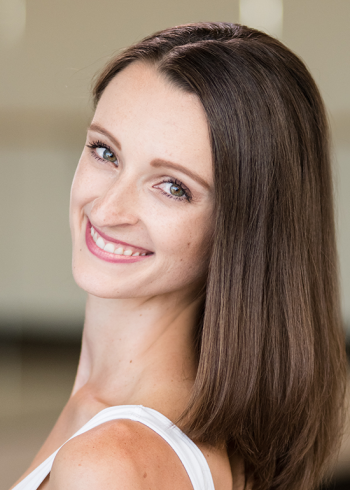 Sara Thomas is originally from Bucks County, Pennsylvania. She began her ballet training at the age of 12 with Metropolitan Ballet Academy. While in school, she was selected by Roy Kaiser to perform in Pennsylvania Ballet’s The Nutcracker as Spanish. Sara spent summers training with BalletX, Washington Ballet, and Atlanta Ballet. She joined Colorado Ballet’s Studio Company in 2012. Sara then danced with Nashville Ballet under the direction of Paul Vasterling for a few seasons. In 2015, she returned to Colorado Ballet and joined the Studio Company where she had the opportunity to perform some of her favorite ballets with the Company. Sara was promoted to the main Company as an Apprentice in 2017 and then the Corps de Ballet in 2019. In 2021, Sara choreographed an original piece, Embrace It or Erase It, on the Company.