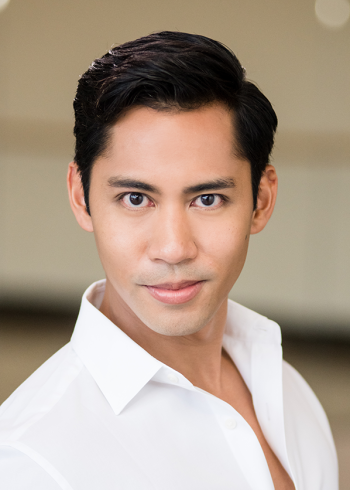 Sean Omandam is from Fresno, California, where he began his training with Shirley Winters. He later went on to train on full-scholarship at the Harid Conservatory in Boca Raton, Florida. Upon his graduation in 2004, he joined Colorado Ballet’s Studio Company, and was promoted into the Company in 2005. With Colorado Ballet, Sean has performed a variety of soloist and principal roles. His repertory also includes featured roles in works by Lar Lubovitch, Val Caniparoli, Amy Seiwert, Edwaard Liang, Matthew Neenan, Jodie Gates, Dwight Rhoden, Darrell Grand Moultire, and Jessica Lang, among others.

Dance training and awards:
Began his training with Shirley Winters
Harid Conservatory in Boca Raton, Florida, under the instruction of Victoria Schneider, Olivier Pardina and Svetlana Osiyeva, graduated in 2004 Competitor and gala performer at the New York International Ballet Competition

Promotions:
Promoted from Studio Company to Company in 2005

More about Sean:
In the summer of 2013, Sean was featured as a contestant on the premiere season of the South Korean television show, Dancing 9. Pointe Magazine also featured Sean in their 2014 October/November “Dancer Spotlight.”