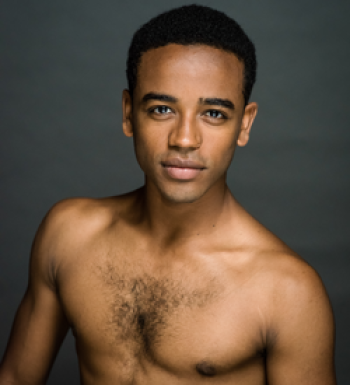 Simon Zinabu Costello was born in a small town in Ethiopia called, Mudula. Growing up, it seemed the only way Simon and his friends knew how to celebrate anything was through dancing. Of course, these celebratory dances were not ballet, but from an early age, this instilled the joy of dance in him. He left Ethiopia and in 2008, he was adopted by an American family in South Bend, Indiana. A few years later, Simon joined a local school, Southold Dance Theater and trained there for eight years.

In 2015/2016 he traveled to Dresden Germany to dance with Palucca HochSchule Fur Tanz. After a year in Germany, Simon left to join the Colorado Ballet Academy in 2016, then joined the Studio Company in 2017, was promoted to Apprentice in the Company in 2018 and then the Corps de Ballet in 2019. Simon has performed in Romeo and Juliet, Dracula and Firebird.

Promotions:
Pre-Professional to Studio Company in 2017
Promoted to Apprentice in 2018
Promoted to Corps de Ballet in 2019