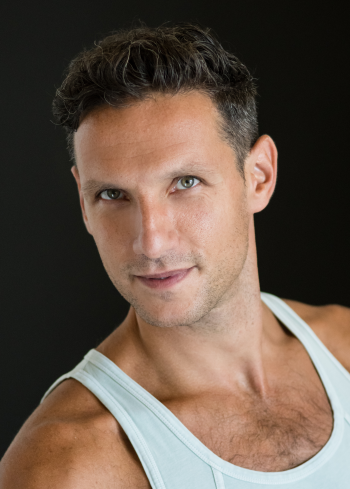 Domenico Luciano, former principal dancer with Colorado ballet, joins Colorado Ballet Academy after a 20 year career. Mr. Luciano danced with Deutsche Oper am Rhein in Dusseldorf, Germany, Europadance in France, Maggio Danza in Florence, Teatro Dell’ Opera in Rome and Teatro di San Carlo in Naples. In 2004, Mr. Luciano came to the United States and joined Tulsa Ballet as a Demi-Soloist. In 2005, he joined Dominic Walsh Dance Theater in Houston as Principal Dancer, where he danced until coming to Colorado Ballet in 2013. Mr. Luciano’s repertoire includes many leading classical principal roles as well as a vast repertoire of contemporary works from masters of the 20th and 21st centuries.

Mr. Luciano’s training includes a variety of methods and techniques. His early years were formed with the Vaganova curriculum, establishing strong and clear foundations for classical ballet. Subsequently he trained with teachers from the National Ballet of Cuba, developing a much more athletic and dynamic way of dancing. During the last two years of his training he implemented the French style, refining his technique and quality of movement as he studied with teachers from Paris Opera Ballet. Along with his classical training, Mr. Luciano trained in modern and contemporary techniques including Graham, Horton, Gaga, folkloric Spanish dances, ballroom and character dances. In 1999, he graduated from Royal Teatro di San Carlo Ballet School in Naples.

Mr. Luciano has been teaching and choreographing for Colorado Ballet Academy since 2014. Students who have danced his contemporary choreography have been recognized with top placements at Youth America Grand Prix and his choreography for Academy performances has been met with rave reviews from students and audience members alike. Mr. Luciano will work closely in the after school Academy and Pre-Professional Division daytime training program and oversee the continued development of our Men’s Training Program. He is excited to join the Academy team and bring his experience and knowledge to our students.