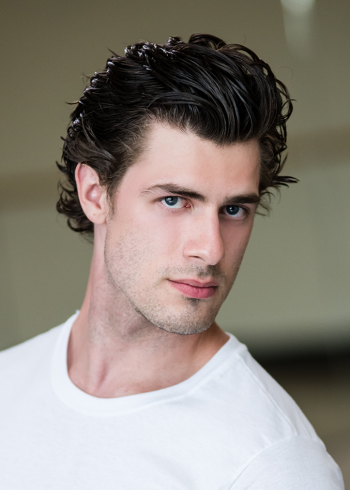 Jacob Ray was born in Irvine, California and moved to Michigan at an early age. He began his dance training at age eight, focusing primarily on ballet at the age 10 at the Grand Rapids Ballet Company under the artistic direction of Patricia Barker. There he was a member of the Grand Rapids Ballet Junior Company under the direction of Attila Mosolygo, performing in several productions with the company. After moving back to his hometown in California, Jacob began training at Dmitri Kulev Classical Ballet Academy under the artistic direction of Dmitri and Jennifer Kulev.

In 2017, Jacob received a First Place Award in Men’s Senior Classical Ballet at Youth America Grand Prix regionals Los Angeles, where he went on to compete at finals in New York. Jacob also spent summers training at intensives such as American Ballet Theatre in Irvine and The Bolshoi Ballet Academy Summer Intensive in New York on full scholarship, receiving an invitation by academy teachers for full-time study at the Bolshoi Ballet Academy in Moscow. In 2018, Jacob also had the honor of being chosen as a ballet semi-finalist in the Los Angeles Music Center’s Spotlight Awards. In 2019, Jacob joined the Colorado Ballet Studio Company and was excited to be promoted to Apprentice in 2020.