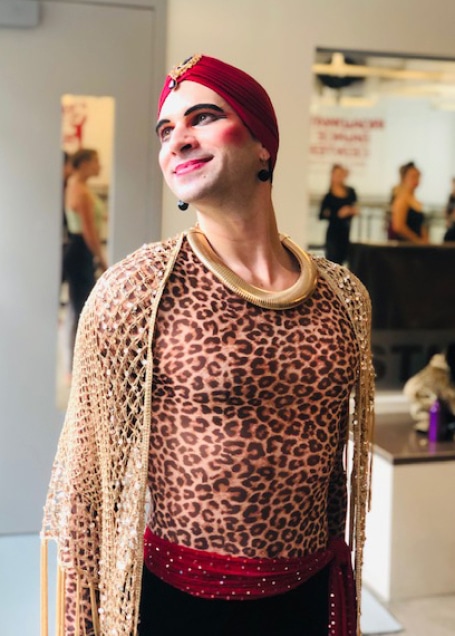 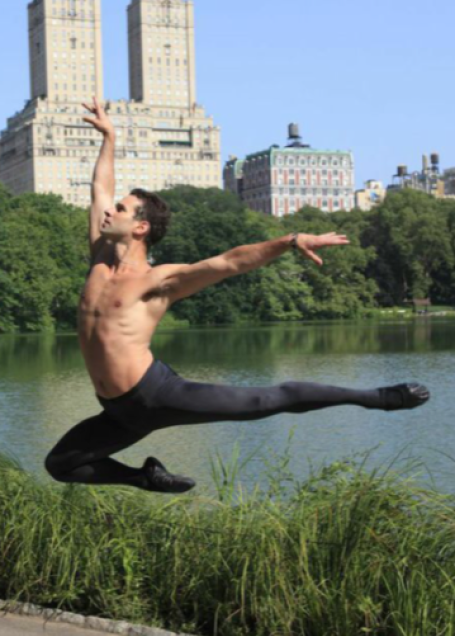 Michael Cusumano grew up in Long Island New York. He began dancing at the age of 6. At the age of 14 he won the bronze medal at the International Ballet Competition in Varna, Bulgaria, the youngest male dancer to medal in the competition’s history. That same year he went on to win the special Jury Prize at the Prix de Paris 1994. Michael joined American Ballet Theater at age 15, the youngest male dancer in the company’s history. During his time at ABT, Michael danced all the full length classics as well as works by Twyla Tharp, John Neumeier, Agnes DeMille, and Lar Lubovich to name a few. Michael went on to dance as a principal with Alabama Ballet and later as a soloist with the Boston Ballet. Michael's Broadway career includes performing in the original cast of “All Shook Up” and starred as  “The Jury” in the smash hit “Chicago” the musical. Michael won the title of Mr.Broadway 2011. Other credits include “The Most Happy Fella” at New York State Theater, “On the Town” at Encores, “Live with Regis and Kelly”, “The Today’s Show”, “ABT Now for PBS”, “Le Corsaire for PBS”, feature film “Center Stage”, "The Late Show with Stephen Colbert", “SNL.” Michael’s alter ego Madame Olga was featured on an episode of”Joan and Melissa Joan knows Best” dancing the Black Swan coda for WE TV. Madame Olga is currently a highly sought after teacher nationally and internationally. @madameolgav on instagram. As a singer, Michael performed as the lead in the BBC up-fronts performing David Bowie’s “Changes.” Michael recently appeared in the original production of "An American in Paris" on Broadway. He is currently on faculty at Pace University where he has taught for eight years, and also teaches at world renowned institutions including Broadway Dance Center, Peridance, and Ballet Arts at City Center. Michael is the subject of the award winning short documentary "When I’m Her", which is currently the number one short documentary on PBS. 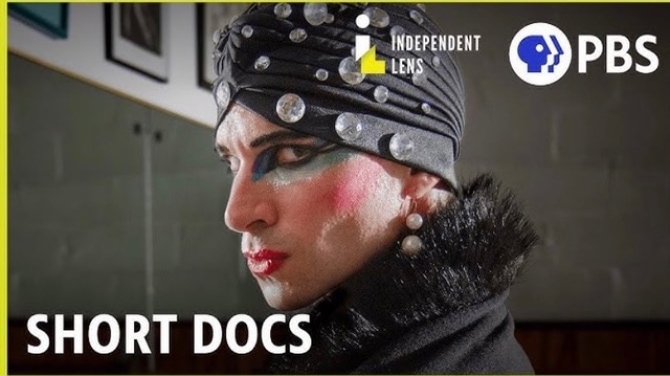 Madame Olga was born in the desolate snow capped mountains of Russia to her parents Daria and Igor. When Olga was five years old Daria noticed a rare gift in her daughter when she gracefully leaped into a full split across a frozen river to save a baby coyote from drowning. That's when she knew Olga would become a ballerina. From that moment the family took the brutal treck by foot to the city to audition for the historic ballet school. On the way they battled ice storms, deadly quick sand, and a run in with descendants of Attila the Hun. When they arrived they were told Olga would have to wait five years before being old enough to audition. Olga would not accept this outcome so she put on her point shoes Daria had made of snow leopard skin and performed "The Swan." The legends who witnessed Olga's dance were so taken aback by this five year olds interpretation of "The Swan" they thought Anna Pavlova had been reincarnated. She was accepted into the school, the youngest in history. At the age of fourteen Olga was the youngest ballerina to ever join the ranks of the Great Russian Ballet and that same year to perform the title role of "Giselle." Olga had a legendary career performing all the full lengths. Olga also began a career as a choreographer pushing barriers between the Soviet Union and the world. Her controversial piece “Only Love” won the "Russian Hope Award” encouraging peace with the West. She now lives in Manhattan, teaches ballet all over the country and still performs on occasion. Olga loves her homeland of Russia, and although Russia is her heritage and soul, America is now her heart and home. She wants to change the world one pirouette at a time.    Class Description:  Madame Olga's class consists of standard barre work, and challenging center exercises. Olga stays true to the purity of Russian ballet while at the same time pushing artistic boundaries to evolve dance into the future. She brings joy and laughter to ballet with hopes of students reaching their true potential. All are welcome into Olga’s magical world.