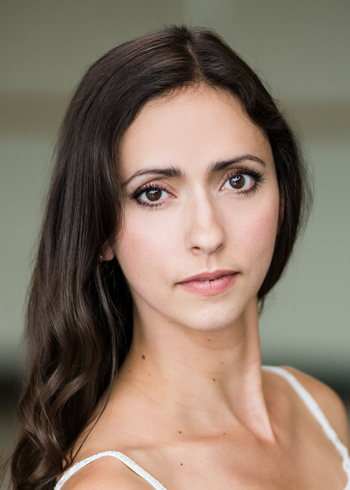 Melissa grew up in Mexico and studied at the Chamber Ballet of Jalisco. She received a scholarship to attend the Kirov Academy of Ballet in Madame Sizova's class and, after a year, returned to Mexico to graduate. Throughout her school years, she participated in many workshops around the world including: Cuba, Canada, Austria, Spain and the United States. In 2005, Melissa joined the National Dance Company, where she danced soloist roles. She has also danced principal roles in classical ballets, original contemporary choreographies, and many others. She freelanced with her husband around the country before joining Colorado Ballet in 2014.

Dance training and awards:
Chamber Ballet of Jalisco
Kirov Academy of Ballet
Finalist at the Korea International Ballet Competition in 2010, recipient of a Special Award