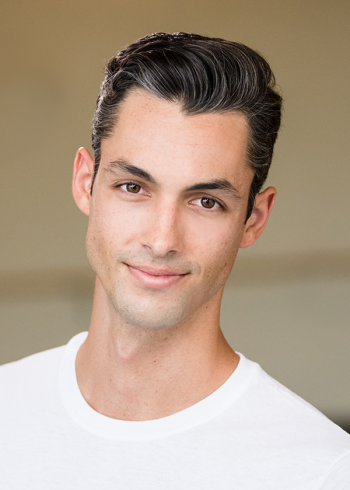 Nicolas Pelletier was born in Quebec City, Canada. He moved to California when he was eight, where he attended the San Francisco Ballet School for 10 years. He completed his training with Canada’s National Ballet School in 2010 and joined Alberta Ballet in 2011. During his six years with the Company, he had the opportunity to dance many principal roles. He also had the pleasure of working closely with Jean Grand-Maître in the creation of many new works throughout his time at Alberta Ballet, including pas de deuxs and solos. He joined Colorado Ballet in 2017.